It’s one of the most difficult challenges for most of us — myself included: How not to get mad when someone else gets mad at you.

How not to get sucked into the emotions of others

The emotions of others can vary wildly throughout the day, and if we allow our happiness to be tied to how everyone else is feeling, we’ll constantly be on a roller coaster, happy one moment and then plunging into anger, sadness, disappointment the next.

How do we get off this ride? It’s not easy, but there are some things I’ve found to help.

Let’s first look at why we get sucked into the emotions of those around us, then what we can do to stop it, and finally how we can learn these skills.

Why we are tied to others’ emotions

There are lots of possible answers to the question of why our emotions are tied to other people’s emotions. But the one I’ve found most useful is that we see everything through the “me” lens.

What’s the “me” lens? It’s the way of looking at everything around us … as it relates to us in particular. It’s perhaps a natural way for people to see things, as we do it when we are very young. But it’s a way of seeing things where we are the center of the story, the main reason for things happening — and, of course, that’s not how the world really works. It just seems that way to us.

Let’s take an example: someone storms into the office in a foul mood, and slams something on his desk, maybe knocks over a trash can, responds to us in a very rude way.

We tend to think something like, “Geez, he didn’t have to be so rude to me! I didn’t do anything wrong, and I don’t deserve to be treated that way! I also don’t like it when someone is being loud and obnoxious when I’m trying to concentrate.” And then we are offended, angry, or irritated.

MORE
So mad! Coping when you're angry at family or friends

>> So mad! Coping when you’re angry at family or friends

And of course, the person’s actions have very little to do with us. He got mad at something outside the office, brought a foul mood into the office, and is venting his frustrations. We just happen to be nearby when it happens, and when we see it from the “me” lens, we think about how these actions relate to us, with us being the center of the story. In reality, we’re just one element in the story, and the angry actions don’t directly relate to us.

The same is true when the actions seem to relate to us — we did something that pisses someone else off, and then we take it personally, as if the anger is a direct statement about us. Really, it’s a statement about the other person’s reactions, anger issues, and expectations of the world — not us at all.

When someone else ignores us, doesn’t call, doesn’t show she cares… these are less to do with us than they are to do with the other person’s issues.

How to be less affected by others’ emotions

Once we realize that the “me” lens is the problem, we can start to work out the solution. How can we see things through a different lens?

Perhaps a more useful lens is the “we” lens — we try to see a more complete view of things that includes the other person but also us and everyone else around us. This, of course, is more complex than the “me” or “other person” lenses. It’s not always that easy to see. But it’s always useful.

Let’s take an example: your boyfriend is distant and maybe a little rude. Here are a few ways to see this:

In the “we” lens, everyone’s needs are considered, and you don’t get angry or hurt because of the other person’s actions.

Often, you don’t need to take any action — just seeing things through this lens helps you to have a more complete picture of what’s going on, and be less emotionally affected by the other person’s emotions.

How to learn this self-preservation method

This “we” lens is a tool you can use any time you’re interacting with other people — and is also a mental habit that will help you be on less of an emotional roller coaster. As a tool, you should try to remember to use it whenever you feel yourself getting affected by somoene else’s actions or emotions. As a habit, it’s best to practice it as often as possible — use a slogan such as “we lens” to remind yourself every time you’re dealing with someone else.

You will find yourself slip up often. That’s okay. The important thing is to review your slip-ups, and to see what happened. See how you saw things from the “me” lens, and try to evaluate things from the “we” lens now that you’ve calmed down a bit. It’s easier when you’re not in the heat of things.

With practice, you’ll get good at seeing thing through the “we” lens, and you can start to do it almost instantaneously in the heat of the action. You’ll remember more often, as it becomes your default way of seeing things. 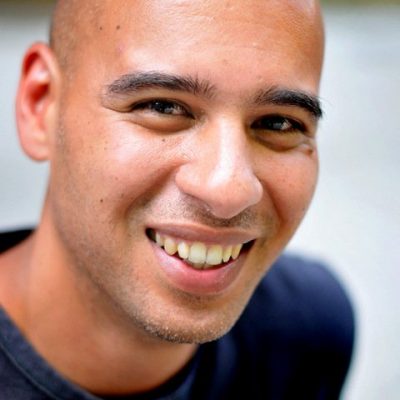 Leo Babauta is a father, husband, writer and the creator of Zen Habits. Zen Habits is about finding simplicity in the daily chaos of our lives. It’s about clearing the clutter so we can focus on what’s important, create something amazing, find happiness.

Winter depression: Shine some light on your dark mood

How can you avoid some common Craigslist & PayPal scams?