How cautious should you be after the Linda Evangelista CoolSculpting experience?

Okay ladies — real talk! We all know getting older can be a blow to one’s vanity, and it’s not unusual to start considering some cosmetic interventions as the years roll by.

But as supermodel Linda Evangelista learned with her recent CoolSculpting experience, results aren’t guaranteed, and even a relatively low-intervention procedure can go terribly wrong.

So if you’re considering CoolSculpting for yourself, how worried should you be?

As one of the most recognizable faces of the 80s and 90s, Linda Evangelista — a Gen Xer born in 1965 — earned millions of dollars appearing in everything from Chanel ads to George Michael videos.

Today though, thanks to a common cosmetic procedure, her life and career are in shambles and she wants to warn women before they experience the same.

Evangelista, who claims she’s been left brutally disfigured, has filed a $50 million lawsuit against Zeltiq Aesthetics, saying that their CoolSculpting procedure left her with permanent deformities.

How does CoolSculpting work?

So what exactly is CoolSculpting? It’s a non-invasive fat elimination procedure that freezes fat cells, which is seen as an easier alternative to liposuction.

Your body then takes over, breaking down the now-dead fat cells and flushing them out of your body. Within a few weeks of your treatment, you can find that those areas have been reduced by as much as 20 percent. (Find out some of the science behind it here.)

During this non-surgical outpatient procedure, the area you’re treating is hooked up to a paddle-like device. The paddle is shaped like a deep U, and the fat is sucked into the U, and an icy chill is applied.

Why isn’t this just something you could do at home? The company discovered the magic temperature and method to freeze fat cells without damaging the skin or anything else.

My personal experience with CoolSculpting

I tried CoolSculpting myself: I had my upper and lower abs and flanks done all in one day. It takes about one-half hour per area. You basically just lay there while it works its magic.

Despite how it might sound, I didn’t find it painful. It was more like the feeling when you’re wading in really frigid cold water, then you go numb.

Was it worth it? Honestly, I am so thrilled with my results. It’s hard to tell how it’s going until you look back at before and after photos. For me, it was a major difference.

I started menopause very early, at 42, and even with HRT, struggled to keep from gaining extra fat in those spots. It has made a huge difference.

I would 100% do it again. In fact, I’m considering doing my inner thighs at some point in the next couple of years. I had such good results last time that I’m not too worried about side effects.

What are the risks of CoolSculpting?

But, of course, all medical procedures come with some degree of risk, and fat freezing is no different.

While Linda Evangelista underwent CoolSculpting to eliminate stubborn pockets of fat on her back, chin and thighs, she was one of the unlucky few referenced in the tiny print at the bottom of the TV commercial.

When large, hard lumps started showing up where she expected fat to dissolve, the dermatologist who performed the procedure diagnosed her with paradoxical adipose hyperplasia.

This incredibly unfair side effect causes the exact opposite of the results patients want from CoolSculpting in the first place. Instead of minimized, smooth and supple skin in those trouble spots, people with PAH end up with enlarged, hardened lumps of fat in their treatment areas. Many times, it’s so severe that even liposuction can’t fix it.

ALSO SEE: What are those tiny broken blood vessels on your face and legs?

A rare, but devastating side effect of CoolSculpting

In photos shared exclusively with People magazine, Evangelista looks extremely uncomfortable with her new, altered appearance, trying to hide her lumps under a turtleneck, heavy sweaters and pants, while still trying to give a visual hint of the severity of the situation.

MORE
DNA SNPs: The basics of these genetic variations

“I tried to fix it myself, thinking I was doing something wrong,” Evangelista told People. She began dieting and exercising more, and says, “I got to where I wasn’t eating at all. I thought I was losing my mind.”

While her face looks fuller than her pre-pandemic visage (whose doesn’t though, amiright?), the extent of what she claims happened isn’t readily apparent until a downward angled shot of her legging-clad thighs, where there are very obvious bulges under her groin and above her kneecaps, as well as overhanging her lower abdomen.

We all take risks any time we take advantage of modern medicine, but Evangelista claims she was not made aware that paradoxical adipose hyperplasia was even a thing, let alone something that could happen to her.

As someone who has undergone CoolSculpting, I find that statement curious. All of the Zeltiq-published information I was given by my doctor mentioned this as a rare but possible side effect, and I signed an informed consent form.

My procedure was performed in early 2020 though, while Evangelista’s was in 2016, and with a different doctor. She also underwent seven sessions in six months, while I had one session on my flanks, upper and lower abdomen.

After she underwent two separate whole body liposuction procedures that didn’t work, it’s unclear why Evangelista did not attempt excision — having the fat blocks excised surgically.

So what’s next? Besides her $50 million lawsuit (the model is claiming lost wages since 2016, and likely the foreseeable future), she wants to spread awareness of what happened to her, even though it affects only about a very small percentage of patients.

What is the statistical risk of CoolSculpting?

From the CoolSculpting site: Rare side effects may happen in 1 to 10 out of 10,000 CoolSculpting and CoolSculpting Elite treatments (between 0.01% to 0.1%). One such rare side effect is a visible enlargement in the treated area, which may develop 2 to 5 months after treatment, will not resolve on its own, and may require surgical intervention for correction.

As of September 2020, the company said they had administered more than 8 million CS treatments, so you can do that math.

MORE
Pump it up, girl: Weightlifting can delay middle-age spread

What’s the moral of this story? Research the bejeezus out of any cosmetic procedure you’re considering, and weigh all the risks.

Those statistics about adverse results come from somewhere — and yeah, that means it could happen to you… whether you’re just someone who reads magazines, or who shows up on their covers. 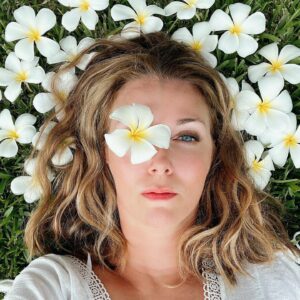 Gen X is trending on Twitter, and the strange response is peak Gen X