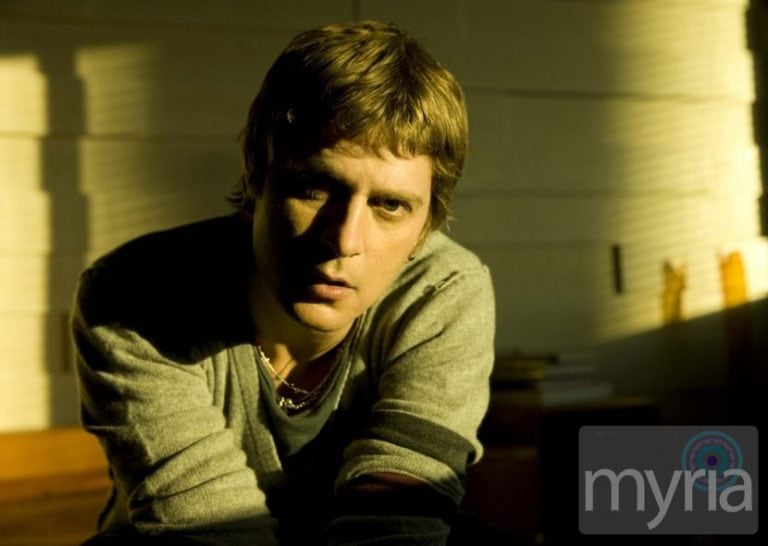 Not surprisingly, being the frontman of a band that has sold 25 million albums has its advantages.

After his huge success with Matchbox Twenty, Rob Thomas was given a free pass to make a solo record, which he has called his “experiment.” 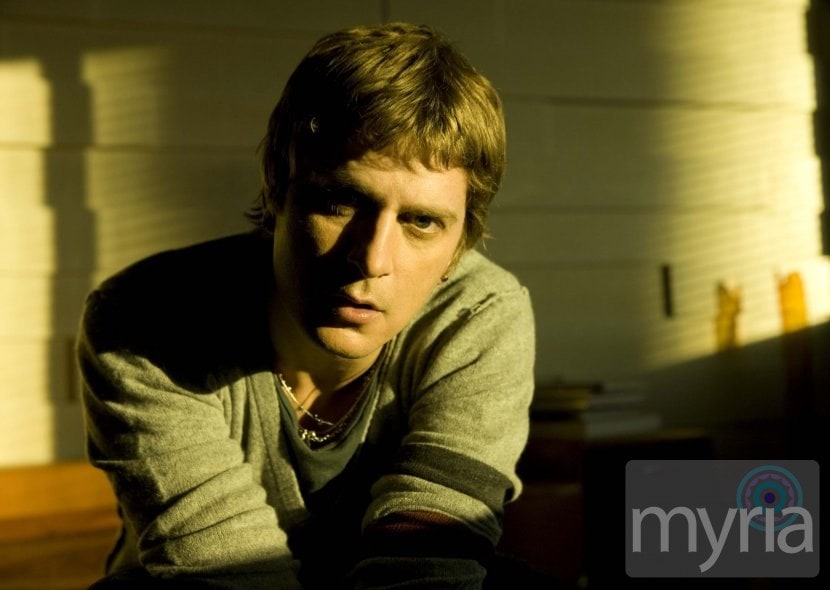 Of course, this success was not entirely unexpected. In addition to that multi-million album thing, Thomas had already won three Grammy awards, 13 BMI awards, the Songwriters Hall of Fame Starlight Award, and had been named Billboard songwriter of the year twice. The cachet of his collaborations with the likes of Mick Jagger, Carlos Santana, Marc Anthony, Big Boi and Willie Nelson didn’t hurt his chances either.

Those are some pretty impressive accomplishments for anyone, but are particularly remarkable to find on the resume of a 33-year-old guy who doesn’t really consider himself to be famous.

We caught up with Rob Thomas shortly after his first solo album’s 2005 release, and found the man to be more sweet than smooth.

Nancy J Price: Was going solo what you expected, and was it fulfilling for you?

Rob Thomas: I think the biggest surprise is that nothing that you do is fulfilling, you know what I mean? Because as soon as you do it, you’ve kind of moved through that process, and you’re already starting to think about what you want to do next. And that’s good — I think it keeps you creative.It definitely was received better than I thought that it would be. And it’s been a lot of fun — playing these songs live working with different musicians.

But it definitely has ups and downs that you don’t think about going into it. You don’t realize how much the band brings to the Matchbox situation — how much you enjoy having their input and their company. And then you also realize, “Wow, how great it is to be able to go out work with other musicians with a different point of view” — who look at things completely differently than you have for the last ten years. I think you somehow simultaneously are seeing both sides of it as you go through it.

NJP: Did you have a hard time telling the band that you wanted to do go solo?

NJP: Was it more stressful than working with Matchbox Twenty, because the weight of the whole project was on your shoulders?

Rob Thomas: No, I kind of felt that with the fortune I had with Matchbox Twenty in the past, I bought myself the chance to fail. I felt like I could go out and I could do something completely out of left field, and if it went away, then I still have my day gig with Matchbox Twenty. So it was a really a no-pressure situation, which was really nice.

NJP: So, what was the best day of the whole album cycle — when you got the recording done, or seeing it hit the charts as high as it did?

Rob Thomas: I think it was the first time I sat and listened to the whole record — before it was released, but after it was done. And feeling that I thought it was really great. For a month, I felt like I had this little secret. You know — most of my record company hadn’t heard any of the record, and nobody had heard the whole record. So it was mine and [producer] Matt Serletic’s little secret that we had. And that was always a good feeling.

NJP: You have said you were surprised that it did so well. What did that mean to you? Did you go out and celebrate?

Rob Thomas: My wife and I went out with just a couple of friends and we had a nice dinner. And I bought it, too. I was like, “No no no, I got it.” That was the whole idea — that I could buy dinners now, come on! But, yeah, you can’t stay on it too long, because then you have to go out and actually do the work to support the record, and go out and tour, and do the interviews. So it was really something that you could just digest, and it’s kind of surreal to think about. And by the time you really kind of have processed it all, you’re not number one anymore.

NJP: How did the other guys in Matchbox Twenty react to how well you’ve done. Were they blown away? I’d think this would have really positive implications for the band. 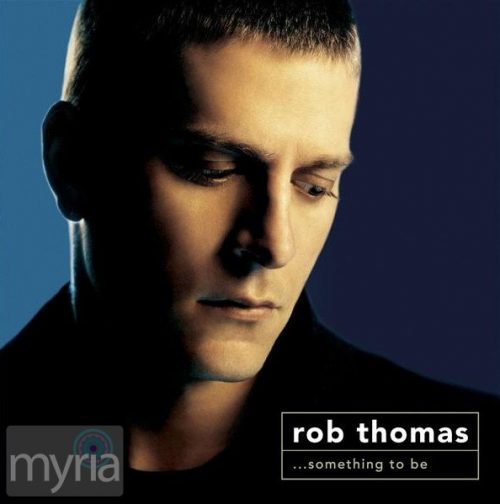 RT: I don’t know. I’ve only really talked to Paul about it. But Paul and I are best friends, so he’s talked to me a few times about it. He helps me when I have questions about which videos I should go with — we sit down and talk about it. But, yeah, I haven’t gotten a lot of feedback from the rest of the guys yet. I think they probably haven’t even heard it yet.

NJP: What, what are some big things in your life that keep you going — keep you trying to be creative?

Rob Thomas: I mean, I think it’s just my nature is to always only feel as creative as whatever I’m working on right now, you know what I mean? Like I feel like I’ve unlocked the secret key to success — not, not to having it, but to understanding it. In realizing that there are so many great things are successful, and so many really crappy things can be successful. Records that I don’t like go to number one. The Macarena was a number one hit, for God’s sake. So you can’t look at it and say that it justifies anything at all by success on its own.

I believe that when I have a song out, and it’s connecting with people and people are incorporating it into their lives, and you see them at a show talking about it, or kind of reacting to it — that feels like a justification, ’cause you feel like what you’re doing is reaching somebody. So I think, nothing that I do can be motivated by the success, because success is kind of a trojan horse — sometimes it can make you feel like you’re on the right track, when just because it’s successful doesn’t mean that it’s true.

So I always only feel as successful if I have a really great song coming out of me in the last week or two. I feel like, “Okay, I’m doing what I’m supposed to be doing — I’m writing.”

NJP: You sound like you’re pretty hard on yourself.

Yeah, I mean, I think you have to be. It’s really easy to have a tendency, if you get some sort of level of success, to take it easy on yourself. You feel like, “Okay, well, I’m here now, so I don’t have to work.” As a songwriter first starting out, you’re working hard and you’re working hard to be understood, and for people to listen to your music. So I don’t think you should ever stop that. I think you should always kind of feel like, “Well, I can do better. I can make a better record — I can make the song that I’m working on now sound a little better.”

Sometimes I’ll have a song that just doesn’t do anything for me, and then one day I’ll play it, and I’ll be like, “Wow, that’s a really special song” — and I’ll do something with it, you know, finish it or spend more time working on it. I just always wait for that song that feels like that — that just makes me feel something. It’s the same thing when I hear a song for the first time on the radio that just makes me go, “Oh my god — what is that? I love that.” I try and get that feeling out of a song that I write.

MORE
Nostalgic songs: Why we still love the 70s and 80s music we listened to while growing up

NJP: Do you love touring — is playing something that really gets you going, or are you more of a studio kind of person?

Rob Thomas: No, I like live — I always kind of feel like that’s the reason you do it, you know what I mean? Like you make records so that people will come see you play it live. Or you have your song on the radio as like an advertisement for people to come see you live. Because I guess all the music I listen to is good live music — everything from Prince to jazz to, you know, to my favorite rock bands — it’s always been kind of about the live show.

NJP: So do you consider yourself an extrovert?

Rob Thomas: I’m not. I feel like I have a famous job, you know what I mean? My private life is still pretty private. And my public life is just really public. So, yeah, I’m definitely not a super extrovert. I’ve never been crazy shy — like painfully shy or anything — but I’m not a big “Woo! Party!” guy.

Everyone who does this has certain moments here and there where they’d probably rather things had gone differently, and usually it’s more because it’s kind of embarrassing. Like if you’re in a situation where you’re out at a mall, and somebody knows who you are and nobody else does. That one person’s just, “Oh my god, I can’t believe it’s you! Do you know who this is?” — and it’s embarrassing.

It’s just not what you think it would be after awhile. Not that it’s annoying, and not that you think, “Oh, I’ve got so many better things to do than listen to you” — it’s just kind of an embarrassing thing for people to make a fuss over you publicly. But I think it’s great when somebody just comes up and say, “I’m a big fan, I love your music, I’ve got your records,” or “I saw a show.” I think that’s great.